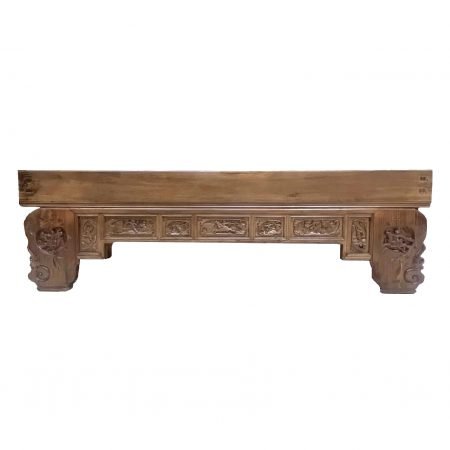 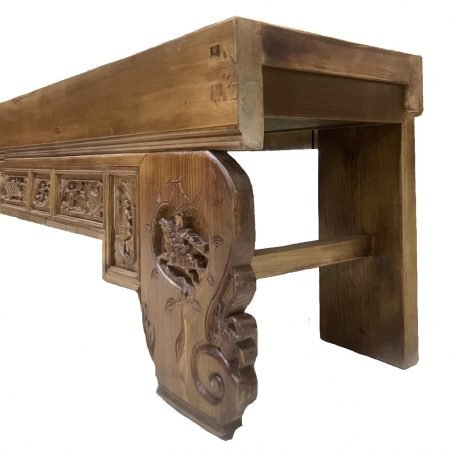 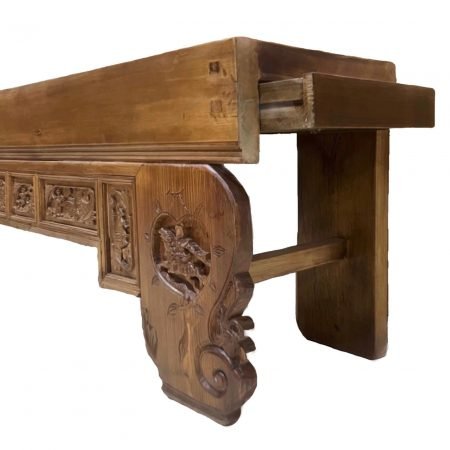 This long bench originated from Putian city, Fujian province, China, and is approx. 60-80 years old. Made of Pinewood, this was originally the base of a bed, but as parts of the back of the bed were damaged, we had trimmed off those parts and modified this into a bench instead, the rattan top had also been replaced with a new one. The carvings on the front feature several generals on horses, possibly re-enacting scenes from the Three Kingdoms as it is a very popular story.
There are two small drawers on the sides, which is very useful for keeping small items.
Dimensions: L197 x D43 x H60cm

Free delivery for purchases above S$200 (within Singapore only)
Dismiss